The Emirates Airbus A380 was on final approach at Germany’s Düsseldorf airport after a flight from Dubai when it was slammed by Mother Nature.

The giant aircraft, which seats more than 500 passengers, is seen jerking violently from side to side before the pilot brings it under control.

Plane spotter Martin Bogdan captured the scary landing and posted the video to YouTube, where it was viewed almost 1.4 million times.

“I have filmed a few thousand crosswind landings at several airports in Europe within the past years, but this Airbus A380 crosswind landing was extremely hard and extraordinary,” he wrote.

“At first it looked like a pretty normal crosswind approach but after touchdown the pilots tried to align with the runway which looked pretty incredible,” he continued.

“I have never seen such a tremendous reaction of an airplane after a touchdown,” he wrote. “You can see that the pilots tried to align with the runway by using the tail rudder and luckily it worked out.”

“At no point was the safety of the passengers and crew on board compromised,” the rep told the UK’s Metro.

Crosswind landings may be harrowing for the passengers, but pilots are well-trained to handle them.

Using a “crabbing” technique, the pilot points the plane into the wind to prevent drifting until right before touchdown.

At that point, the pilot uses the rudder to align the nose with the runway and uses the ailerons to prevent a drift.

Northern Germany has been hit by strong winds in the past few days as deadly Storm Xavier swept across the country.

“There was an accident. The young lady in the car was life-flighted from the …

Watch as this gentleman (casually) takes arcade basketball to the next level! Have you … 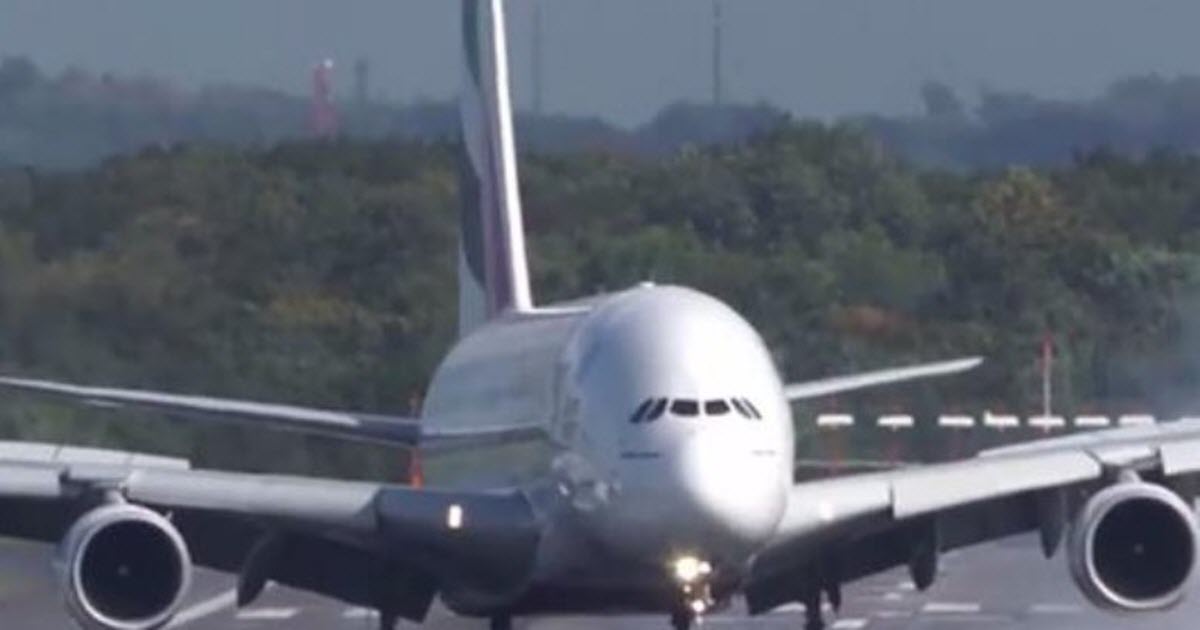