Anesthesia is a powerful cocktail of several drugs which, when combined, puts a patient into a short-term medically induced coma. And even more drugs are added when it’s time to wake up. Combine it all with pain medication, often via an IV drip, and you have a perfect recipe for someone to act really, really loopy when coming out of surgery.

Typically, patients don’t even remember what they’ve said in these drug-saturated situations, but for onlookers and medical personnel, it can be quite amusing.

For one woman who was in the hospital for an apparently severely broken arm, and thus well-medicated, a relative or friend recorded a video of her professing her passion for her cute male nurse, who gripped her hand with one of his, while holding a cup under her chin with the other (anesthesia makes some people vomit).

This girl appeared to be feeling no pain, and wanted to tell her attentive nurse, a gentleman named Luke, that she not only adored him: she wanted to marry him!

As she gushed on…and on…and on about their weddings plans (which she insisted will be all in blue, right down to the ring), Luke chuckled and said, “You’re going to have fun watching this later.”

Maybe more like die of embarrassment, but Luke seemed to be taking it all in stride. Perhaps this wasn’t his first anesthesia-induced proposal?

His name is Big Bear, and indeed he’s big and hairy, but he also …

Being the mom of an infant is a tough job. You have to deal …

Morten Marius Skau has been in a wheelchair since 2006 and has always maintained …
Close
Want more videos like this? 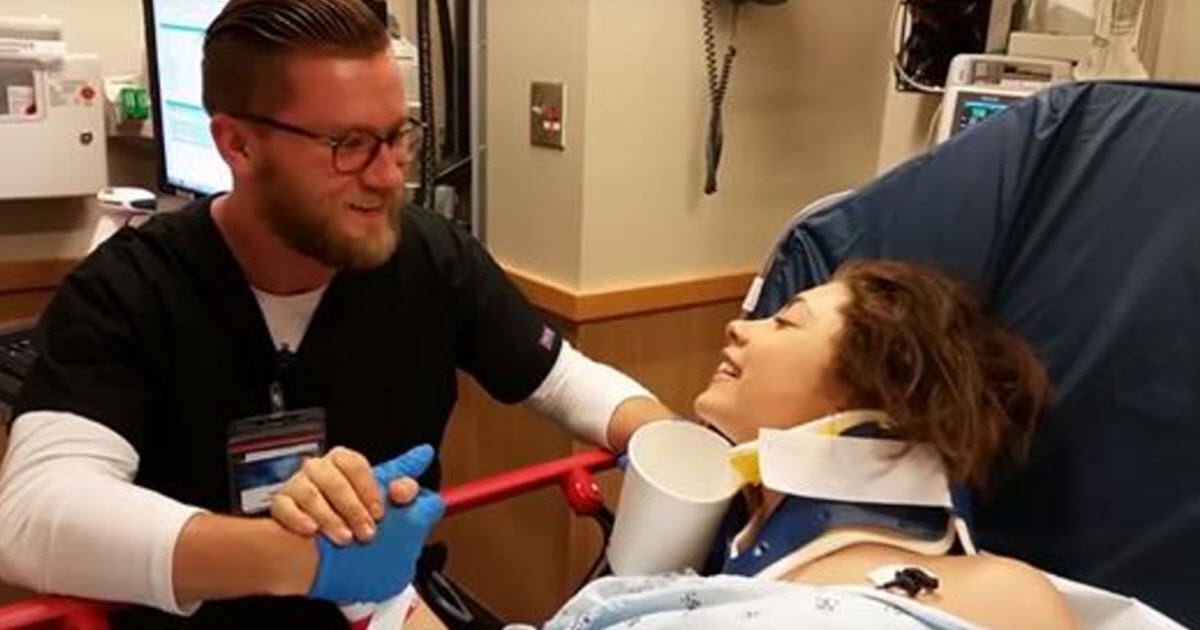