Home
Funny
Guy Has Had Enough Of Armrest Thief On Airplane, Films The Hilarious Moment Of Confrontation…

When you are stuck in the middle seat on an airplane, it is an unspoken rule that you should get dibs on both armrests.

If you are the victim of armrest theft, there are a couple of things you can do. Avoid a confrontation and be uncomfortable, or come up with a way to reclaim the armrest.

The gentleman in the clip below has a bit of a more aggressive tactic.

The frustrated man was sitting in the middle seat on a long flight, and says, “The passenger next to me kept hogging the arm rest and did not allow me to place my arm on it.” He went on a mission to reclaim what is rightfully his and posted the hilarious results online.

The expression on the man is priceless when he realizes the armrest has been stolen from him.

“The flight attendants should go over armrest etiquette on every flight,” he says. “I think we need to start an armrest challenge across the nation.”

He is retiring after 29 years of professional service and cannot contain his excitement. …

A CONAN staffer is learning the rules of the road, with a little help …
Savage Video
Enjoyed this video? 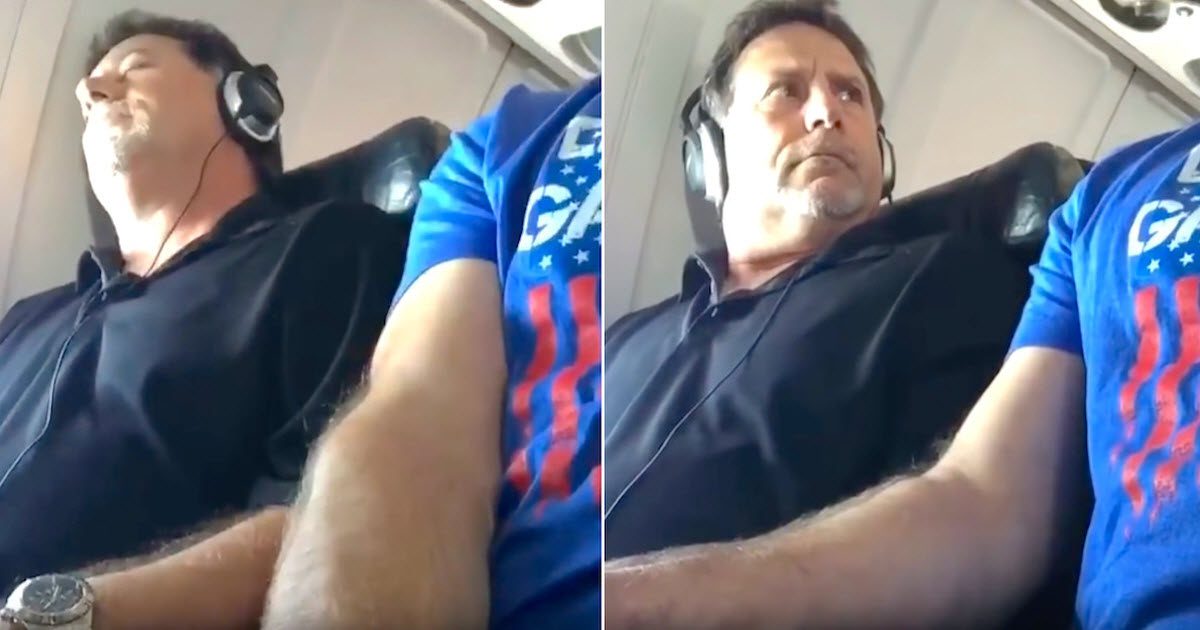