Minnesota police dash cam video shows a drunk driver in a tractor-trailer nearly swerve off the road. The Minnesota State Patrol released the video on Wednesday, December 21, as part of its holiday DWI enforcement campaign.

Police said the driver was pulled over after he swerved off the road and nearly took out road signs. The driver “was so intoxicated he fell to the ground when stepping out of the semi and could not stand back up for several minutes,” police said.

The video shows the Walmart truck swerve off the road and then get pulled over by officers. The driver falls to the ground upon exiting the vehicle. The video is edited, so it’s unclear how long the driver remained on the ground.

An officer helps the driver to his feet before administering the roadside sobriety test. Police said his blood alcohol content was .28. Minnesota’s legal limit is .08. The driver also had two bottles of vodka in the truck. He was later convicted on third-degree DWI.

Info from Licensor: “This is probably one of the scariest incidents I’ve had on …

They Thought It Was Just An Unfortunate Deadly Accident. Then Cops Spot The Cause …
Savage Video
Enjoyed this video? 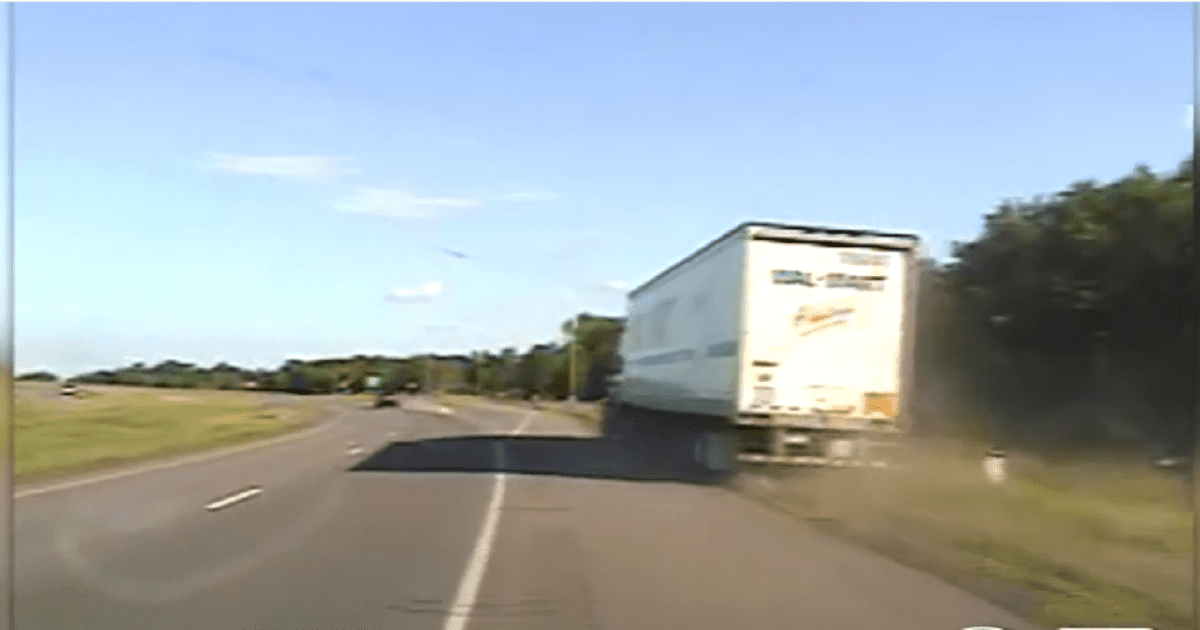