On this flight, instead of a boring landing safety speech, one flight attendant did spot-on impressions of Looney Tunes characters that had the entire flight rolling in laughter. He does character after character with perfection including impersonations of Elmer Fudd, Bugs Bunny, Daffy Duck, and Tweety Bird. The video which was uploaded by his co-workers is going viral with more than 3.6 million views on Youtube alone.

The hilarious flight attendant, Zach Haumesser, is also a professional puppeteer which would explain why he is so good at making different voices.

He can be heard saying, “Be vewy, vewy quiet, we have reached your destination,” in an Elmer Fudd voice. He then goes through a slew of Warner Bros. favorites from timeless cartoon series. Haumesser seamlessly switches from character to character also including ‘Taz’ The Tazmanian Devil, Pepé Le Pew, Foghorn J. Leghorn, and more!

We can certainly appreciate this attendant’s great customer service and ability to use his talents in order to make people laugh.

The gas pump must have had some super juice added to it! (Source) 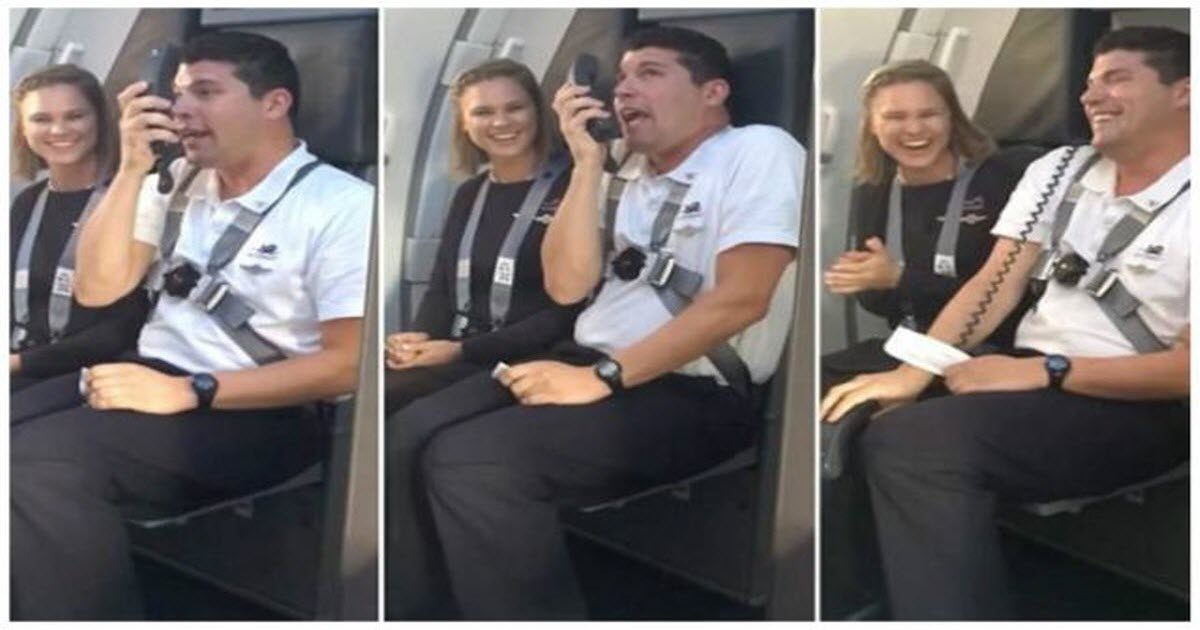