The baby Gentoo was filmed at Cape Dolphin, Falkland Islands, flapping around hysterically on the cold sea-swept sand and kelp after taking its first dip in the ocean.

Later, the hydrophobic penguin is shown shaking its head in disbelief, much to the amusement of videographer Stephen Hope.

The footage was caught by Falkland Islands Television (FITV) who claim they’ve ‘never seen anything like it’.

With summer approaching fast, many people enjoying relaxing and spending time at the beach. …

This creature was mistaken for a dog toy. The canine who made the error …
Savage Video
Enjoyed this video? 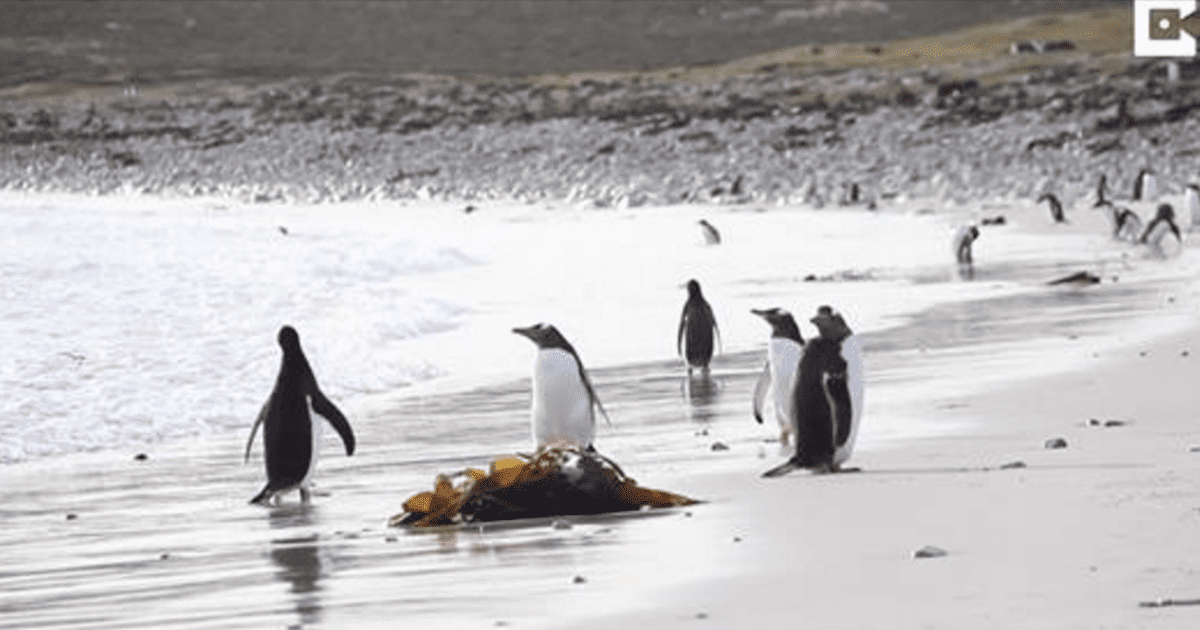