A BRITISH safari guide has been hospitalised after a leopard attacked him in the open-top jeep he was travelling in. Curtis Plumb, 38, was bitten and clawed in the arm after the predator launched itself at his vehicle in Kruger National Park, South Africa. The mauling just after 1pm on Thursday was caught on camera by tourists, who watched the horrifying incident unfold before their eyes. Eyewitness accounts say Mr Plumb stopped his vehicle full of tourists to watch the big cat when it suddenly attacked. In the chaos that followed, the safari vehicle and another car in the convoy both ran over the leopard with their wheels. In a statement William Mambasa, general manager of Kruger National Park, thanked the tourist from the other vehicle for saving the guide and tourists’ lives. Mr Plumb, who has been working as a guide for four years after moving to South Africa from the United Kingdom, was taken to hospital for immediate surgery. He is said to be in a stable condition. The injured leopard was put down after the incident, which comes just a month after a lion mauled 22-year-old American tourist Katherine Chappell to death in a predator park in South Africa.

Unfortunately, bullying is still an issue in today’s day and age, if anything, it’s …

CCTV footage in China shows the dramatic moment a man caught a baby who …
Close
Want more videos like this? 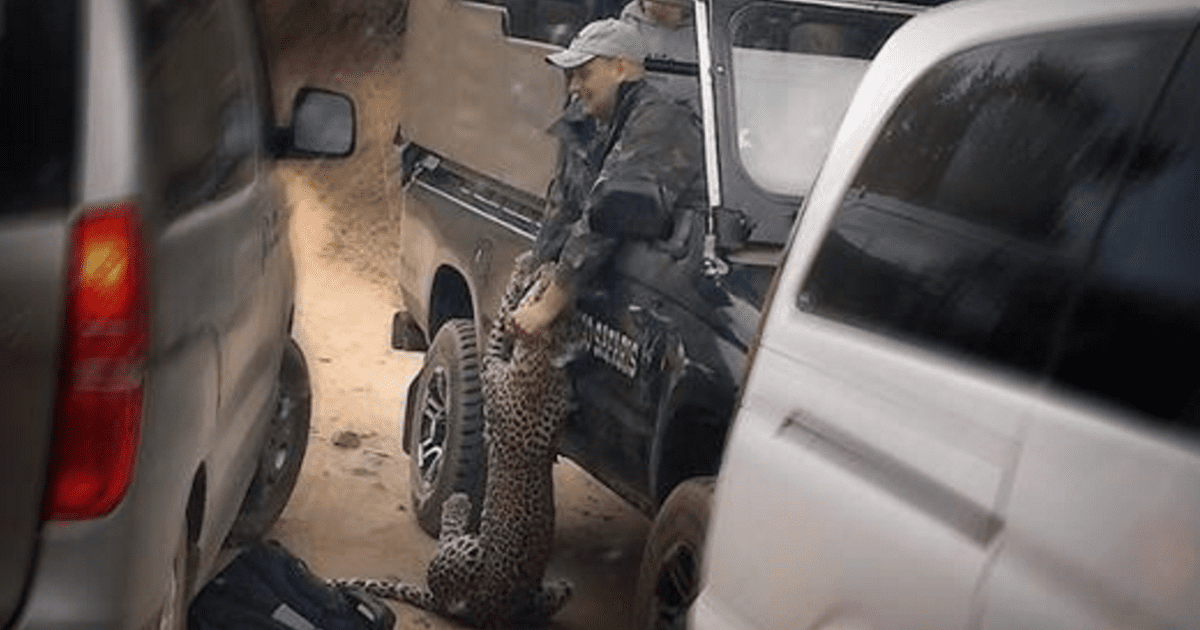