This is the moment a ferocious lion tried to topple a safari car in an Indian wildlife park. A gripping video shows two lions attacking the car in which a group of tourists was travelling. The video of the incident was captured by a driver, who was driving a safari bus in Bannerghatta Biological Park in Karnataka, India.

One of the lions is seen pouncing on the car and trying to bite off the rear glass while the other lion stands near the front wheel.

The shocked cries of the panicked tourists are clearly audible in the video. But the quick witted car safari driver managed to speed away before the situation got out of hand.

Have you ever seen a herd of wild rabbits as large as this one? … 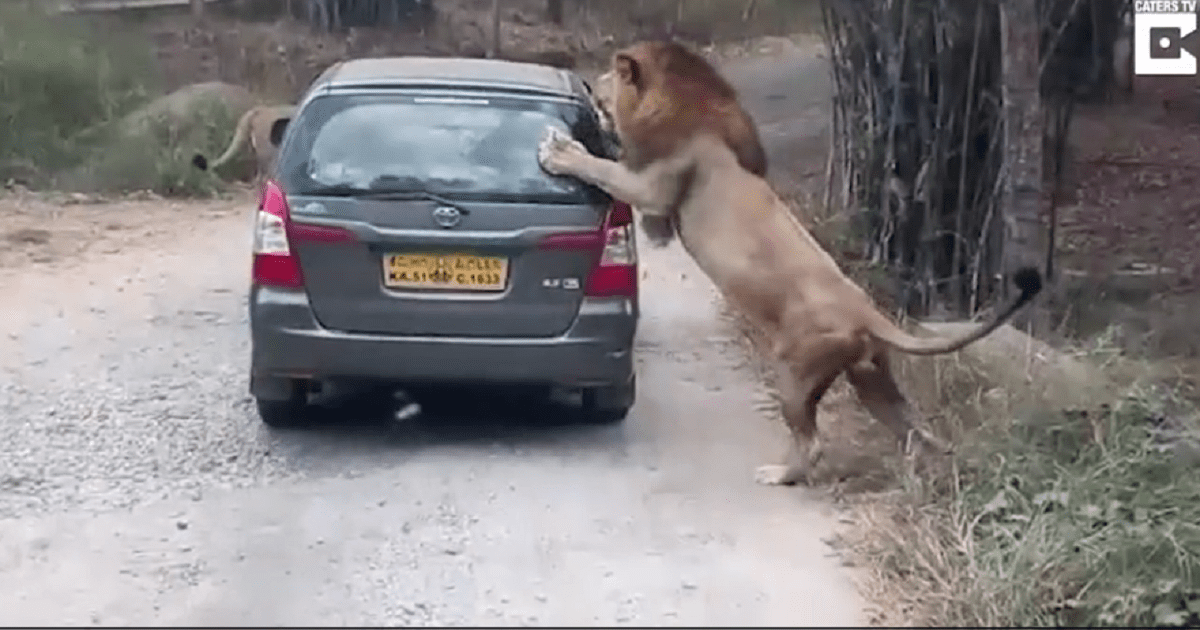