This is the shocking moment a woman threw two cups of coffee at a man after he filmed her parking in a handicapped spot despite not being disabled.

Ryan Favro, from Toronto, Canada, captured the footage on Monday outside a coffee store as the woman walked back to her Jeep carrying a hot coffee and an iced drink.
Favro can be heard asking the woman if she is disabled, to which she replies ‘no’, before he adds: ‘What makes you so special that you can park in a handicapped spot?’

The black-haired woman, who has not been identified, can be heard telling Favro that ‘if you film me I’ll break your f***ing nose.’
She initially climbs into her vehicle as if to drive away, but after he records her licence plate she climbs back out telling him to ‘back the f*** up before hurling one of the drinks in his direction.

As Favro continues to challenge her on her behavior, walking around to the driver’s door, she throws another cup of coffee which appears to hit him. Favro then threatens to send the footage to the police, claiming the woman assaulted him, to which she replies ‘good for you.’
She then reverses her car and pulls around close to Favro before driving away.

Favro posted the video to Reddit and YouTube, saying: ‘This morning I approached a woman outside of a Tim Hortons in Toronto to ask her why she was illegally parked in a designated handicapped space.

‘As soon as she realized I was filming her she flipped out and threaten me, assaulted me twice by throwing hot coffee at me and finally tries to intimidate me by running her car at me to run me over.’

It is not clear whether Favro took the footage to the police, or if officers decided to take any action.

First, let us warn you by saying that you should definitely look away if …

A distracted woman forgets to look both ways as she crosses at an intersection. …

Man who cops consider real-life satan is finally caught. Does he deserve the death …
Close
Want more videos like this? 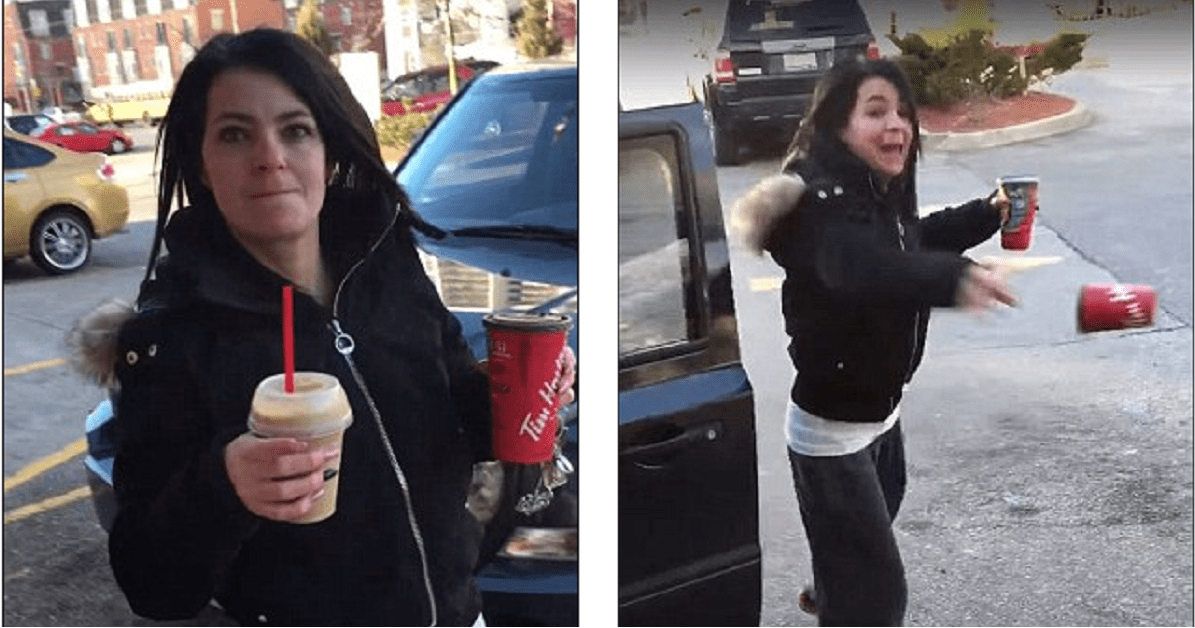