Home
DIY
Will You Be The First Person Today To Solve Tricky Math Problem?

If you type 6÷2(3) into a calculator, Google or WolframAlpha, the input has to be parsed and then computed. All of these will first convert the parentheses into an implied multiplication. The expression becomes the following.

According to the order of operations, division and multiplication have the same precedence, so the correct order is to evaluate from left to right. First take 6 and divide it by 2, and then multiply by 3.

This gets to the correct answer of 9.

This is without argument the correct answer of how to evaluate this expression according to current usage.

The other result of 1

Historically the symbol ÷ was used to mean you should divide by the entire product on the right of the symbol (see longer explanation below).

From this stage, the rest of the calculation works by the order of operations. First we evaluate the multiplication inside the parentheses. So we multiply 2 by 3 to get 6. And then we divide 6 by 6.

This gives the result of 1. This is not the correct answer; rather it is what someone might have interpreted the expression according to old usage.

The symbol ÷ historical use

Textbooks often used ÷ to denote the divisor was the whole expression to the right of the symbol. For example, a textbook would have written:

This indicates that the divisor is the entire product on the right of the symbol. In other words, the problem is evaluated:

I suspect the custom was out of practical considerations. The in-line expression would have been easier to typeset, and it takes up less space compared to writing a fraction as a numerator over a denominator:

The in-line expression also omits the parentheses of the divisor. This is like how trigonometry books commonly write sin 2θ to mean sin (2θ) because the argument of the function is understood, and writing parentheses every time would be cumbersome.

However, that practice of the division symbol was confusing, and it went against the order of operations. It was something of a well-accepted exception to the rule.

Today this practice is discouraged, and I have never seen a mathematician write an ambiguous expression using the division symbol. Textbooks always have proper parentheses, or they explain what is to be divided. Because mathematical typesetting is much easier today, we almost never see ÷ as a symbol, and instead fractions are written with the numerator vertically above the denominator.

Got a lot of plastic bottles? Try to transform them into useful objects! (Source)

Learn how to make this delicious appetizer with a quick and simple tutorial that …
Savage Video
Enjoyed this video? 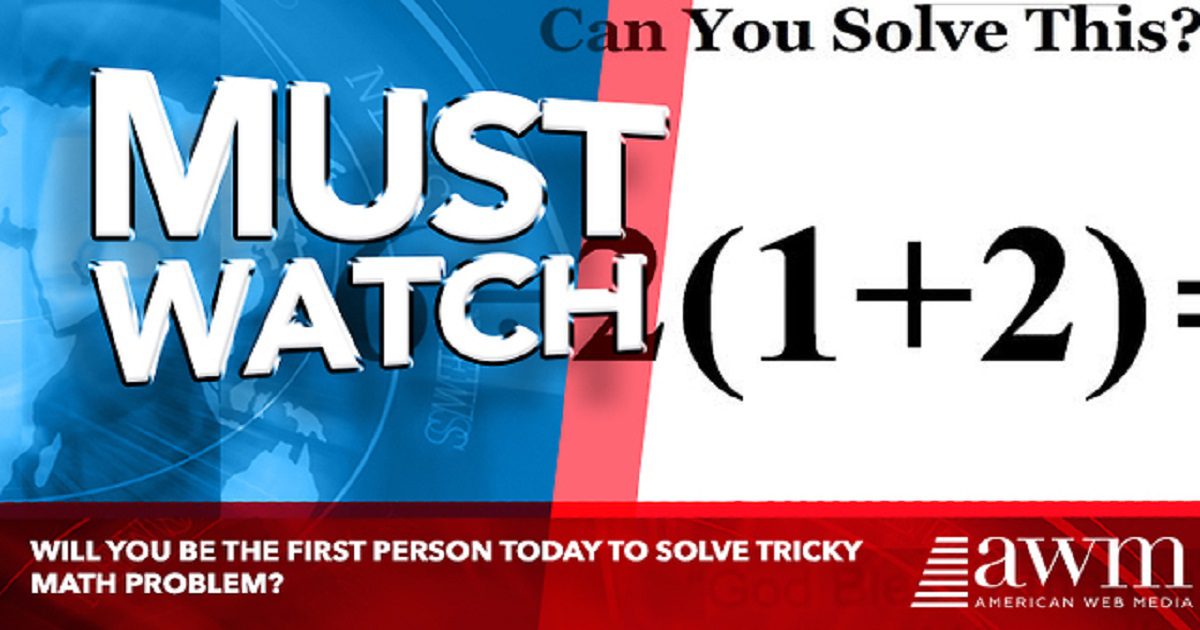