This amazing shot shows a Great White Shark attacking a seal decoy near Seal Island. Hungry sharks hunt around the island, especially early morning. The apex predator and feared Great White shark hunt seals by coming from the deep at high speed and hitting the seal out of the water. The shark’s speed is enough to lift the seal and itself often weighing over a 1000 kg straight out of the water. This video captures this action clearly in Table Bay, Cape Town, South Africa, the largest breeding ground of Great White sharks in the world. Filmed by Marius van Straaten.

This couple finds a cat frozen to the ground and springs into action! (Source)

With summer approaching fast, many people enjoying relaxing and spending time at the beach. … 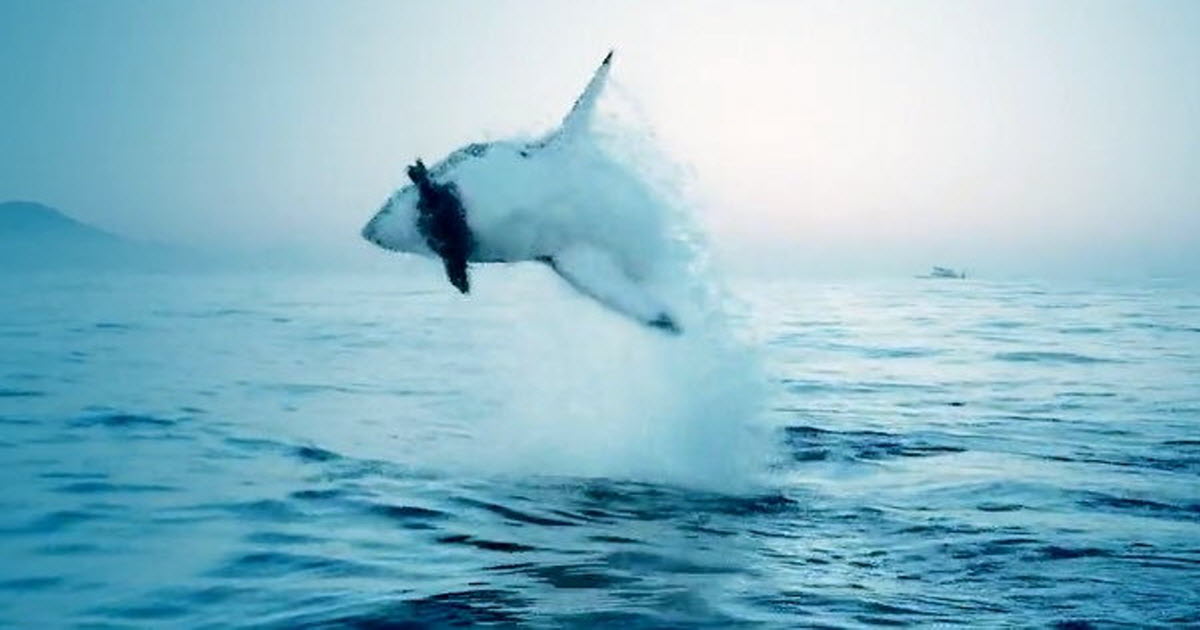