Info from Licensor: “I was sitting outside taking a quiet moment after a hectic day. It was raining, so the gutter was gurgling and I was sitting there on my phone gaming. I was so engrossed in the game, by the time I realized this big guy was there he was to close for me to do anything but sit still until he decided to leave. I had my phone up in front of my chest. I was able to take pic texted to my son that was in the house “help me”. He thought I was playing a joke on him until I sent the second message “be very quiet”. I then started videoing, which I believed helped me thru this encounter. I knew that I needed to be still and not make eye contact with this 300 and some pound bear. It appeared that he was going to walk on by me. First, I was starting to feel a little relief, but to my surprise he turned heading straight for me. As he moved closer I could smell him, wet animal odor. I thought if I made any movement, one good swipe he could rip my head/face off. You can see the bear lift his head towards the end of the video. He is actually looking over my head at my 6’6 325lb son that was so quiet when he came out I didn’t know he was there. As you can see he then turns and saunters off.” – Teliece Sander

This kitten was born to play Fruit Ninja. (Source)

Nothing to see here, just a three-day-old puppy having her first sing song, that’s …
Savage Video
Enjoyed this video? 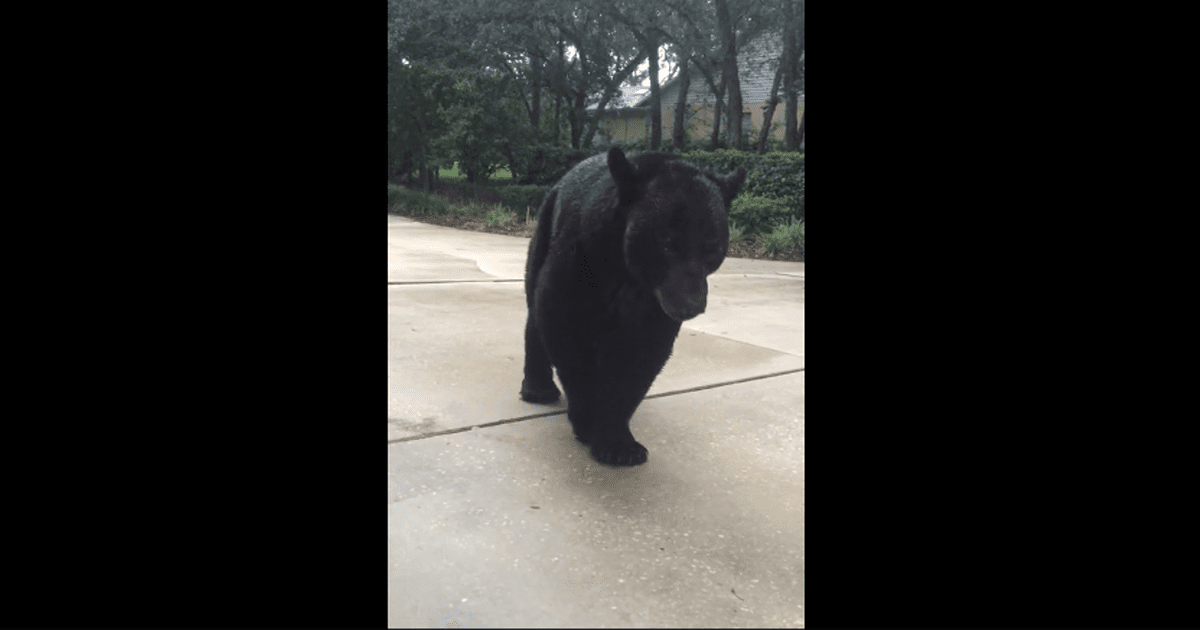